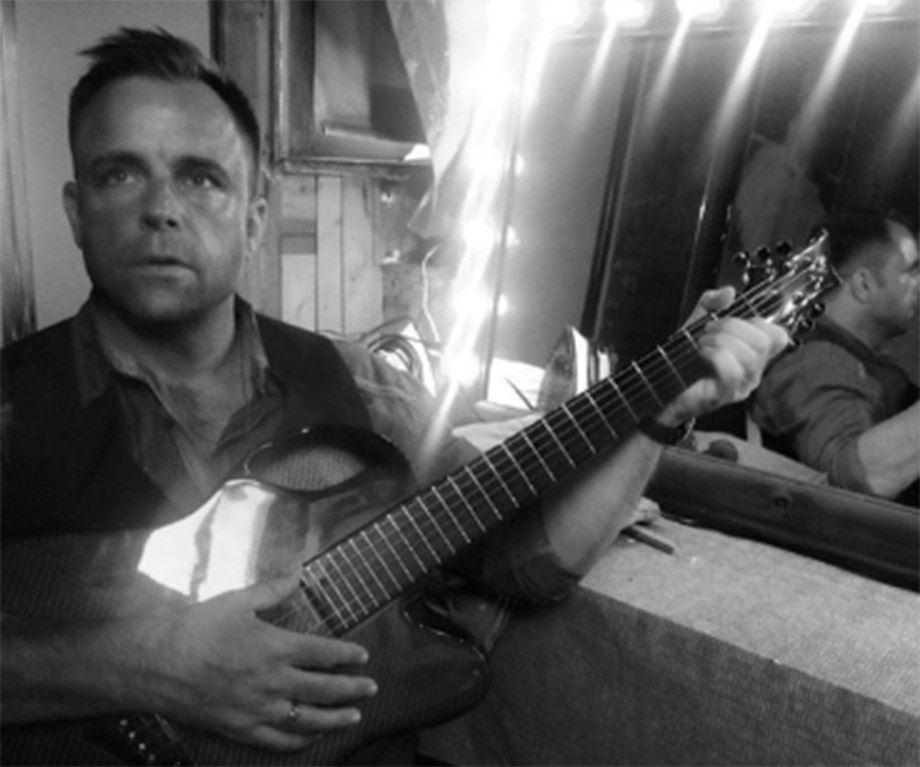 One of Ireland’s greatest folk exports, The High Kings, kicked off their latest extensive US tour at the Opera House at Boothbay Harbor, Maine last night and backstage one member was jamming on an Emerald Guitars X20.

One of popular group’s members, Darren Holden is our latest Emerald Ambassador pictured below ‘warming up’ on an Emerald Guitars X20 to kick off the band’s first show.

Darren Holden is not only a prolific songwriter and musician but a master interpreter of lyrics as well. Audiences around the world continue to praise his exceptional vocal talents. Originally from Mooncoin, County Kilkenny, he is comfortable performing all genres of music from Pop and Jazz to Country and Celtic. Before embarking on the two-month tour, Darren gave us his First Impressions of the X20.

Ireland’s Folk Band of the year, The High Kings, are Finbarr Clancy, Brian Dunphy, Martin Furey and Darren Holden. Coming from accomplished Musical pedigrees, The High Kings grew up in households soaked in the Irish Musical tradition and each member of the band witnessed first hand the power of well crafted Irish music on an audience.

Since The High Kings started in 2008, they have sold out hundreds of shows, in Ireland and the US, made numerous TV appearances, recorded 3 studio albums and 1 live album and achieved platinum status with their 1st two albums.

We wish The High Kings and Darren all the best for their tour and, if you get a chance to go to one of their fantastic shows around the US, make sure to say ‘Hi’ to Darren and the lads!If you would like to see Darren playing our X20 on tour, make sure to check out the band’s tour dates.

Getting ready to kick off @TheHighKings US tour. Warming up with my X20 Artisan from @EmeraldGuitars pic.twitter.com/p4tGs4jIju

Here is a video of Brian performing the Ronnie Drew (The Dubliners) classic, In The Rare Old Times written by Pete St John, at last night’s show!

The Art of Guitar – A Night of Celebration and Vision