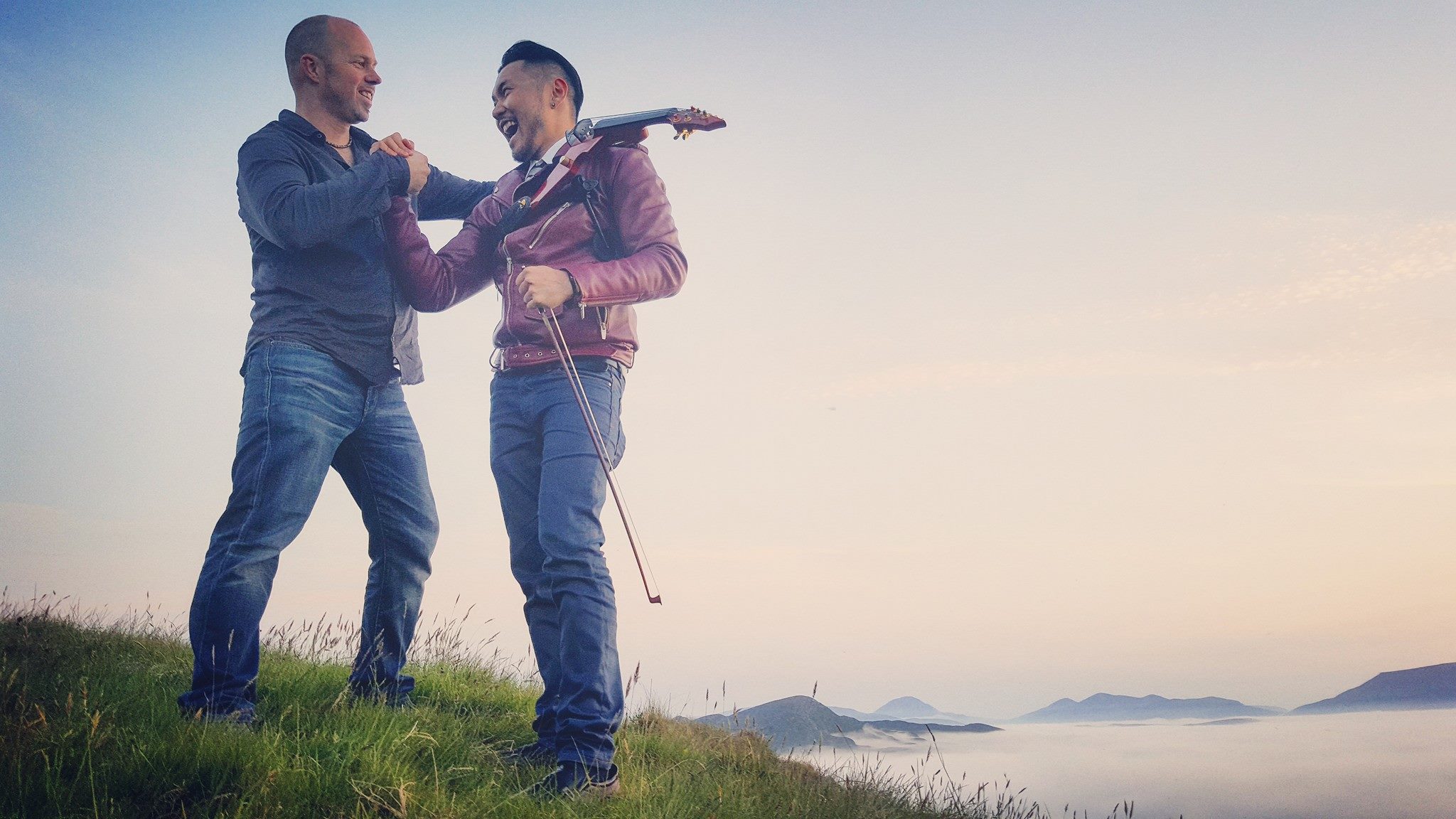 In this quest to find the ultimate violin Malaysian electric violinist Dennis Lau recently travelled from across the world to Donegal for a very special project with us which will see one of Alistair’s custom instruments, and our home of Donegal, take centre stage.

Kuala Lumpur-based artist Dennis Lau is a rising star in Malaysia and has collaborated big names in the music industry across Asia. After first seeing one of Asia’s biggest pop stars, Wang Leehom’s custom-made dragon guitar, made by Alistair and simply known by the name Bahamut, Dennis decided to contact us.

Dennis said for any musician, having an instrument custom-made for them presents many challenges, such as getting the right balance of character, playability and tone. “Just like a soul mate, a musician’s instrument plays a very important role in the development of the player’s voice and personality,” he said.

In searching for his ‘soul mate’, Dennis has gone through multiple instruments, all well-built for performance, yet have not connected with him on a deep level such as the instrument Alistair has begun to build and has been named The Phoenix Violin.

Just at the point of a new step upwards in his career, Dennis finally decided to take steps to seek out Alistair and visit us in Donegal last month. Dennis Lau is confident that Alistair will create an instrument like no other.

“Despite Alistair’s great reputation with stringed instruments, he has not worked on a violin, but he is supremely confident and excited to create something remarkable.”

Having explored various concepts Dennis and Alistair decided on The Phoenix as it represents many facets of Dennis’ Chinese heritage, fiery style of playing and the birth of his new musical journey. “The choice of material, carbon fibre, was due to its lightness, strength and resonance. It’s not a material that many craftsmen know how to create with, but Alistair has much experience and knowledge with it.”

Dennis Lau’ recent visit was invaluable experience and the face-to-face interaction gave Alistair a better judgment and understanding of the artist’s expectations. “We are not building an instrument, but more like a suit and masterpiece where it has to fit perfectly.”

Dennis added: “If I work with an individual who is well-respected for their level of creativity and professionalism, I entrust them fully to express their creativity and energy in their work, as I believe they will put their heart and soul towards it.”

The next milestone for Dennis is his first large-scale concert titled ‘Dennis Lau & Friends – The Phoenix Rising Concert’, produced by Jennifer Thompson, on October 22.

Instead of just one act, the concert will have mixed ensembles, showcasing talent of great artists which Lau has collaborated with over the years like Ning Baizura, Jimmy Sax, Syafinaz Selamat, Atilia, Soo Wincci and many more.

On this night, The Phoenix Violin will make its debut appearance to showcase the esteem of both maker and performer while County Donegal will also take centre stage in footage reflecting the epic journey The Phoenix has taken.