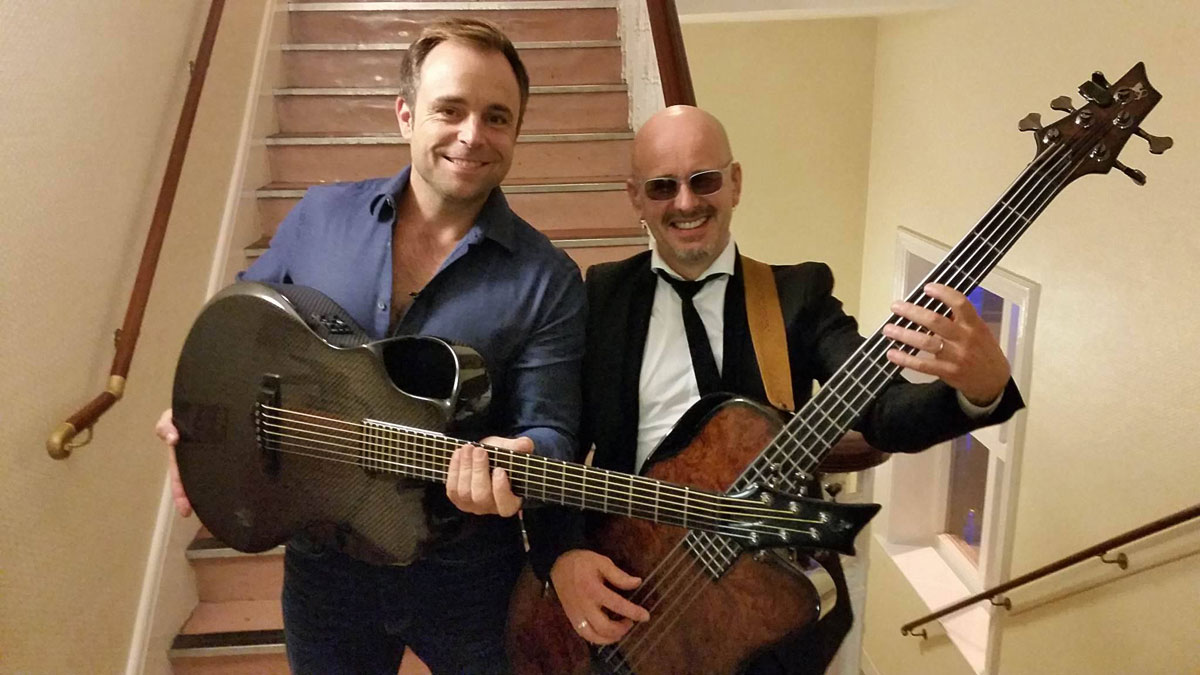 One of our first brand new acoustic basses, The Balor Bass, has gone into the capable hands of a renowned Irish session musician who is taking it across the globe as he tours with one of Ireland’s most popular country singers.

James Blennerhassett is a household name in the Irish music industry. He has worked with everyone from Van Morrison, John Prine, The Chieftains, Albert Lee, The Fureys & Davey Arthur, Georgette Jones and many, many more.

Having just picked it up last week, Blen has already put the Balor Bass to good use on the set of TG4’s Opry An Iúir, an Irish language television programme, produced by Big Mountain Productions and hosted by Donegal’s own, Daniel O’Donnell, with broadcaster Lynette Fay.

Recorded in Newry Town Hall, County Armagh, the show will be broadcast in Ireland this autumn and features some of the biggest stars of country and folk music here in Ireland.

In each episode, Daniel will also duet with the artist and perform some of his best loved hits in Irish. One of the special guests on the upcoming season are The High Kings, and so Blen got to catch up with another ambassador of ours, Darren Holden.

Blen is a member of Daniel’s tour band and will be taking his Balor Bass Woody, featuring a Bubinga veneer, on UK tour with him this month before they head Stateside for a number of dates in October.

“It’s even nicer than the one I used in the YouTube video and I have used Flatwounds on this one. A beautiful big round tone with no fret noise, and it’s loud without plugging in, can’t wait to use it on the Daniel O’Donnell UK tour next week.

“Thanks everyone at Emerald Guitars for such a cool instrument, I think this one will be a big hit for them. Stoked,” he said.

We look forward to keeping you posted on how Blen gets on with the Balor Bass on tour with Daniel O’Donnell. Here is a video of Blen giving us an impromptu improv piece on the Balor!

Emerald Guitars on display and sale at Summer NAMM in Nashville