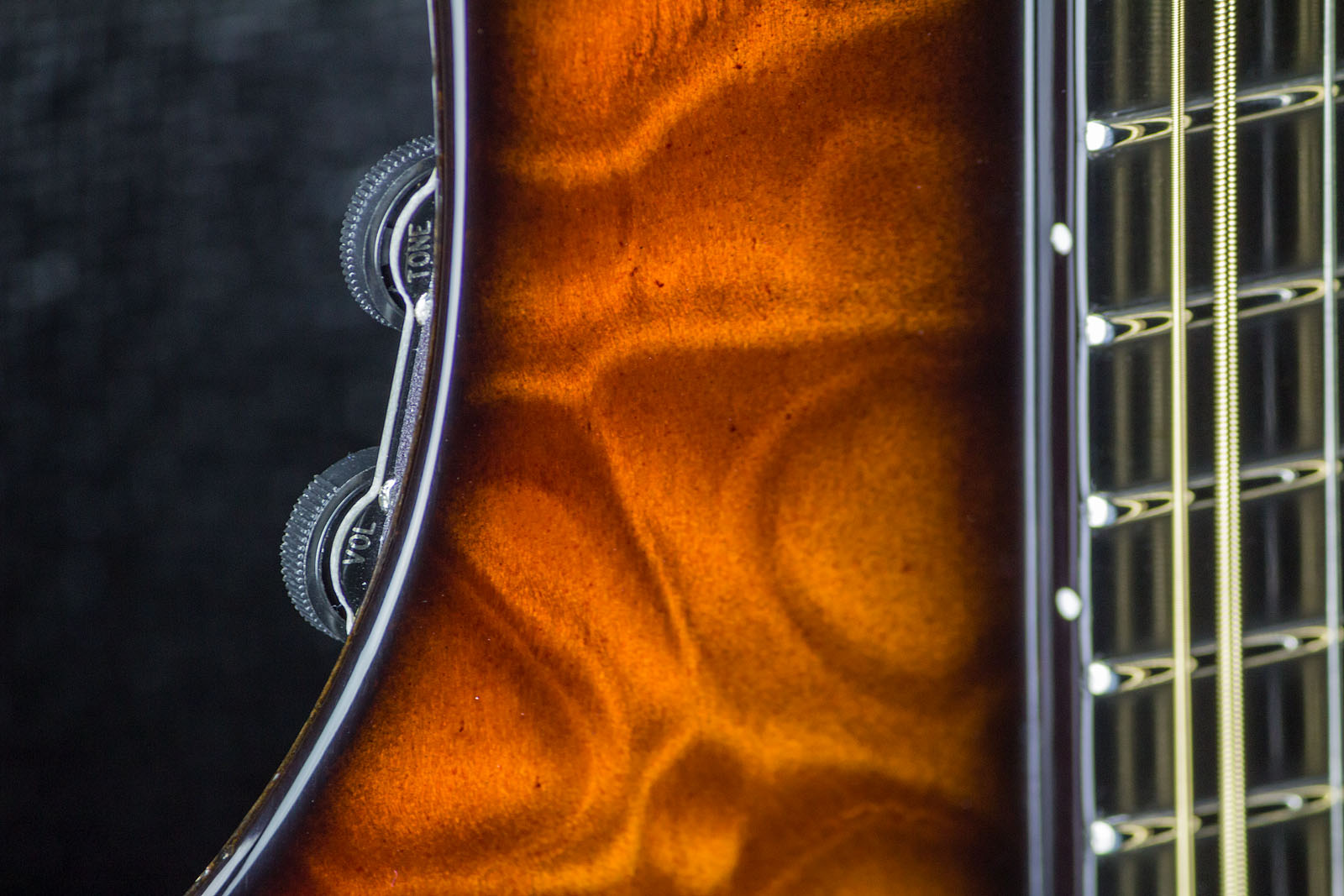 We are delighted to announce that we have once again teamed up with the very reputable US company LR Baggs Corp to provide pickups for a number of our instruments.

We decided to move away from a side-mounted preamp that involved cutting a hole in the side of the instrument in favour of using the discreet sound hole-mounted controls as featured on the Element and Anthem SL. This approach looks more elegant, but most importantly it future-proofs the instrument. We fully expect our guitars to be around making music long after we have gone. This new approach leaves the instrument fully intact so future electronic upgrades can happen with ease. The battery is now also installed inside the instrument which is made easy to access with our offset sound holes.

Ryan Angle, COO/LR Baggs Corp said: “We here at LR Baggs are excited to be collaborating with Emerald Guitars again and enabling their players to experience the true Emerald sound Alistair is bringing forward with his creative design in a plugged in environment. Alistair has designed a unique instrument that really conveys a rich warm sound and we are proud to be the one helping to bring that sound to the masses.”

The EAS-VTC builds on the strengths of the EAS with the addition of a treble tone control and a special low frequency compression circuit. The LF compressor tames low end thump and mimics the actual dynamic response of the guitar for enhanced realism.

For those of you who prefer a minimalist approach to controls, the Anthem SL delivers the same groundbreaking studio mic’d fidelity as the Anthem in a streamlined format with a single volume control. The endpin preamp has all-discrete circuitry for the purest signal and the TRU•MIC is premixed with the Element for optimum performance.