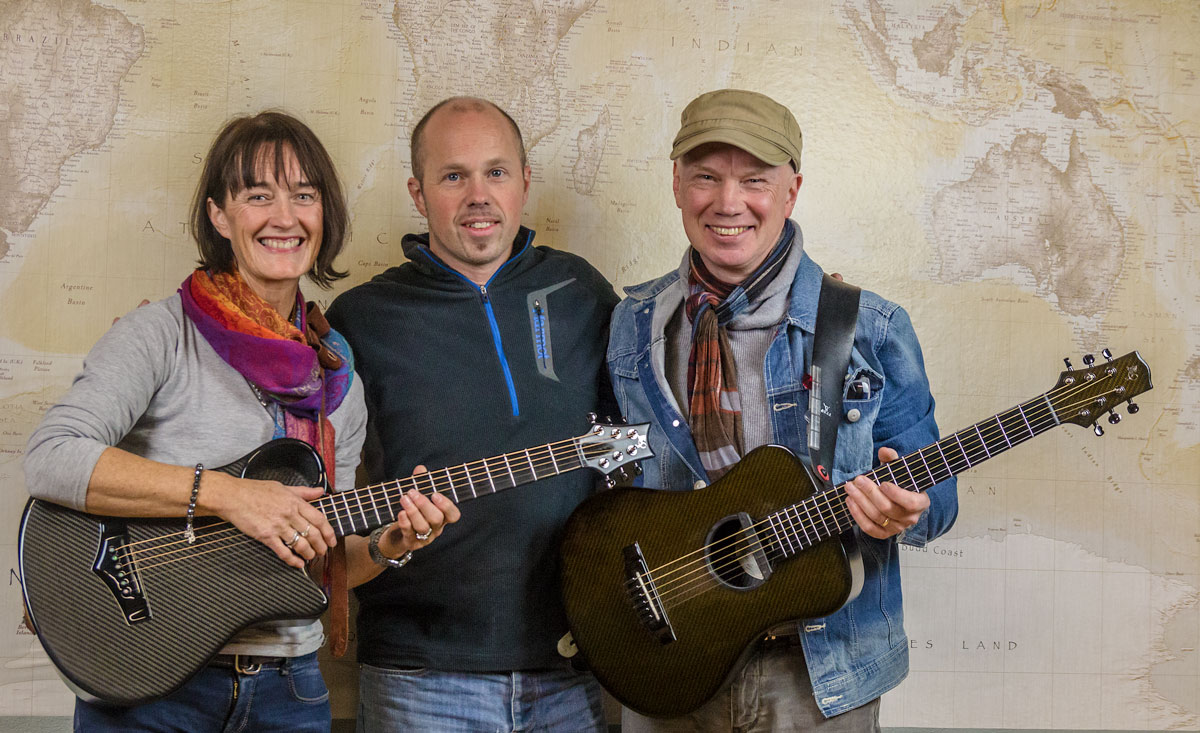 Two musicians travelled to Northern Greece earlier this week with SyriAid to spread some joy through music amongst Syrian refugees currently living in camps.

Andy Rogers and Joanne Hogg have teamed up with a charity group to travel to Thessaloniki where they will be spending some time with the SyriAid distributing clothes, medicine and vitamins, while also trying to brighten the days a little for the refugees with music.

Joanne is a Northern Irish singer songwriter, best known for her work as the lead singer and songwriter with the Christian progressive  Celtic/pop/rock band Iona.

Andy Rogers is a singer songwriter  and worship leader from the Causeway Coast of Ireland with songs published and recordings produced on EMI’s Kingsway label.

Ahead of their trip the duo called down to Emerald Guitars last week to collect an X7 Opus travel guitar for Joanne to play alongside Andy and his T8 model. They were also very kind enough to play us one of Joanne’s Iona hits which they were in the office.

Following the evacuation of Idomeni, 60,000 refugees are living in more than 20 government-run camps across the region. SyriAid aims to support the work of voluntary organisations and charities as they bring humanitarian aid.