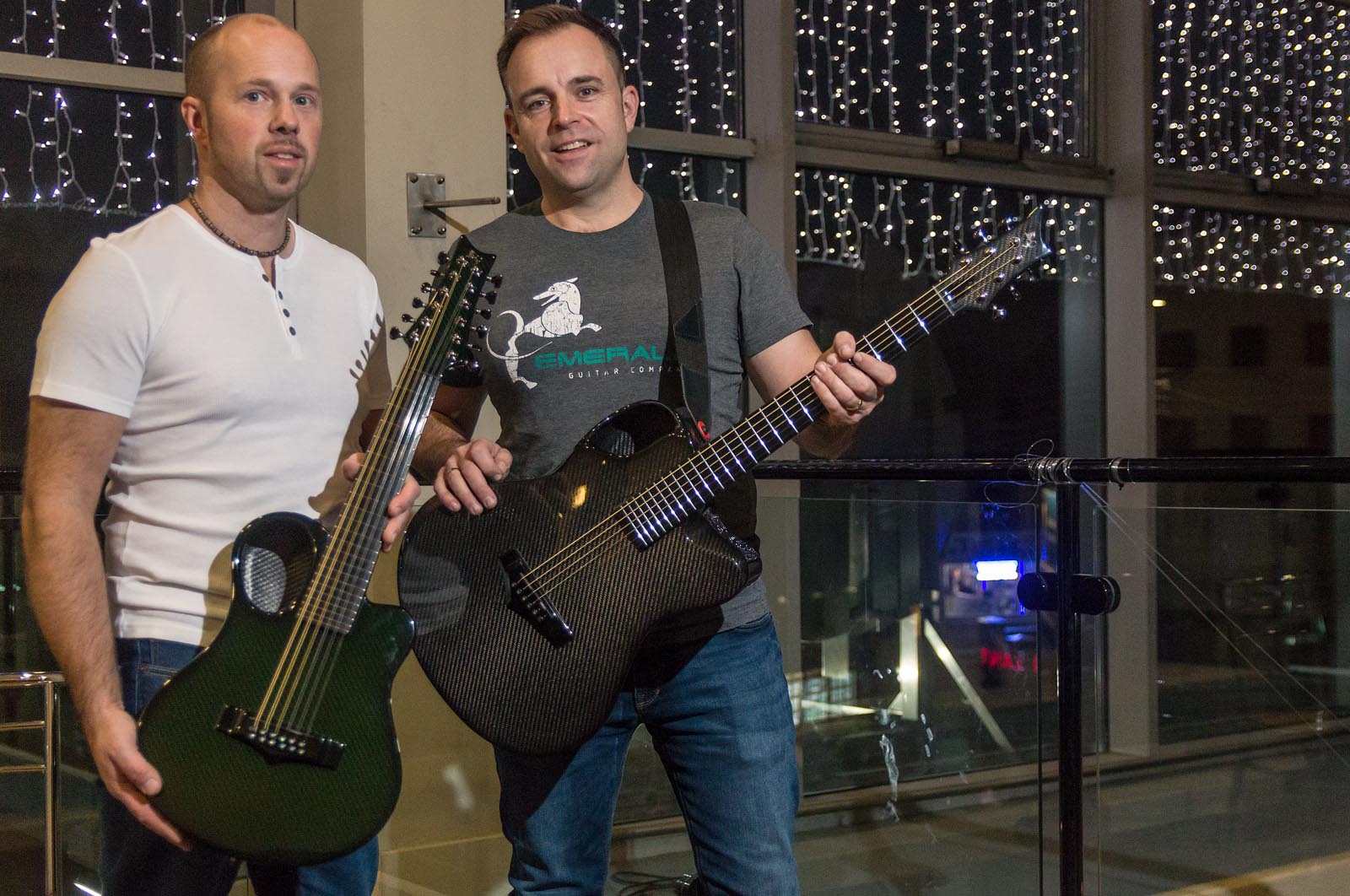 We caught up with Emerald Ambassador, Darren Holden to show him our 12-string short scale, the Amicus Artisan.

The High Kings have been going from strength-to-strength and following an incredible 2016, the new year promises to be even better with dates already selling well for the United States in March. While at home Darren has been having fun trying out the short scale 12-string.

Darren has started playing the Emerald X20 Artisan during live performances. “I can see at our concerts, the second I pick up the X20 Artisan to play it, people start pointing at it and taking pics and ask me about it after the show. Altogether, a hugely satisfying performance.”

When the High Kings’ date at nearby An Grianan Theatre, Letterkenny, came up, we caught up with Darren and also introduce him to our 12-string short scale, the Amicus.

Darren gave us his initial reaction to the Amicus. “I had a few plays of the Amicus and while it does take a little getting used to, the quality of sound and feel from it is incredible.”

“There is definitely something unique about Alistair’s work that sets him apart in an already crowded field. That, and the wow factor whenever I show the insurgents to anyone. People are intrigued and excited by them.”

The Art of Guitar – A Night of Celebration and Vision