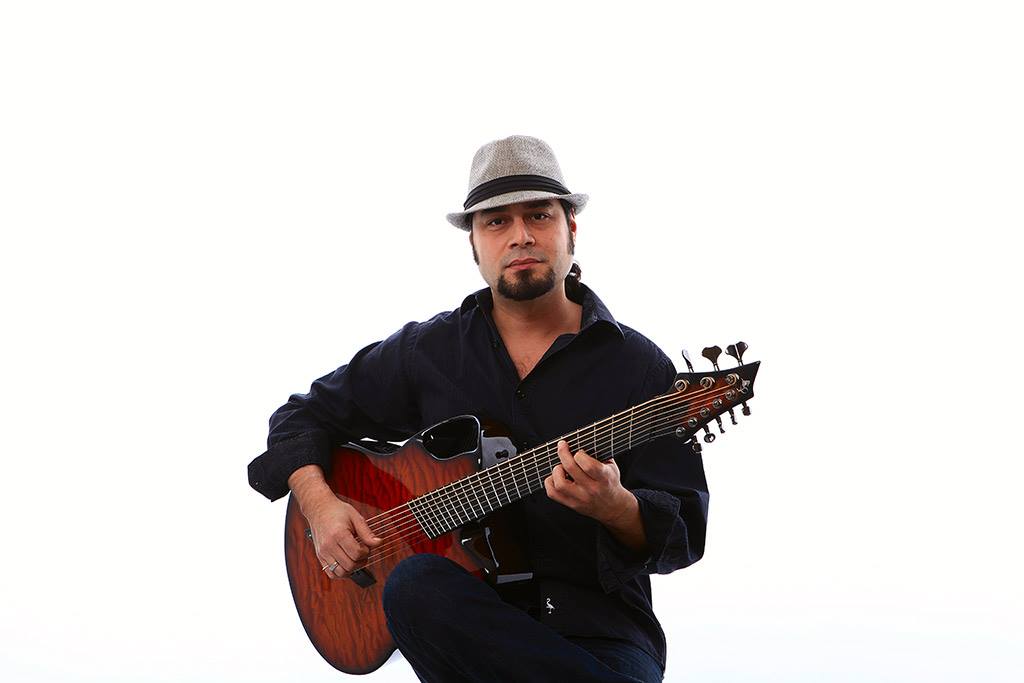 It was this time last year that we first introduced you to US-based professional musician and 8-string guitarist Nate Lopez ahead of the annual National Association of Music Merchants (NAMM) Winter Show in Anaheim, California.

We had just built Nate his custom X20 Woody 8-string guitar featuring a beautiful Quilted Maple Veneer and Vintage Amber Burst which he unveiled at on the Hilton stage at NAMM.

Nate specialises in playing bass, melody, and chords at the same time, all on one 8-string guitar. This rare talent won him the Arkansas Contemporary Fingerstyle Championship in 2015, as well as accolades from fans and fellow musicians.

“I first learned about Emerald Guitars through Facebook. I have been playing a Novax 8-string for over a decade, but in the wine country, I was getting a lot of calls for ‘acoustic guitar’.

“After finding a couple of cheap 7-string acoustic guitars (at the time there were no 8-strings that were not custom instruments). I gigged on those for a while, but I was never satisfied. They just weren’t my thing. Not having the fan, they were all out of tune and I wasn’t able to tune them exactly how I wanted.

“During this hunt, I discovered Blackbird Guitars in San Francisco and loved the sound of their carbon fibre instruments, but was still missing the versatility of a multi-scale instrument. When I saw a photo of your 9-string fanned fret guitar pop-up on Facebook, I knew I had found the answer,” said Nate.

Over the past year Nate has been turning guitar enthusiasts’ heads with his custom X20 8-string and we have received a lot of enquiries from musicians interested in a similar set-up to his. Here is a video here did for Peghead Nation.

Nate Lopez will be giving a pre NAMM Show performance in the Anaheim Packing District, 440 S Anaheim Blvd, Anaheim, CA 92805 from 7 to 9pm on Wednesday, January 18. You can follow Nate Lopez on Facebook and Twitter.