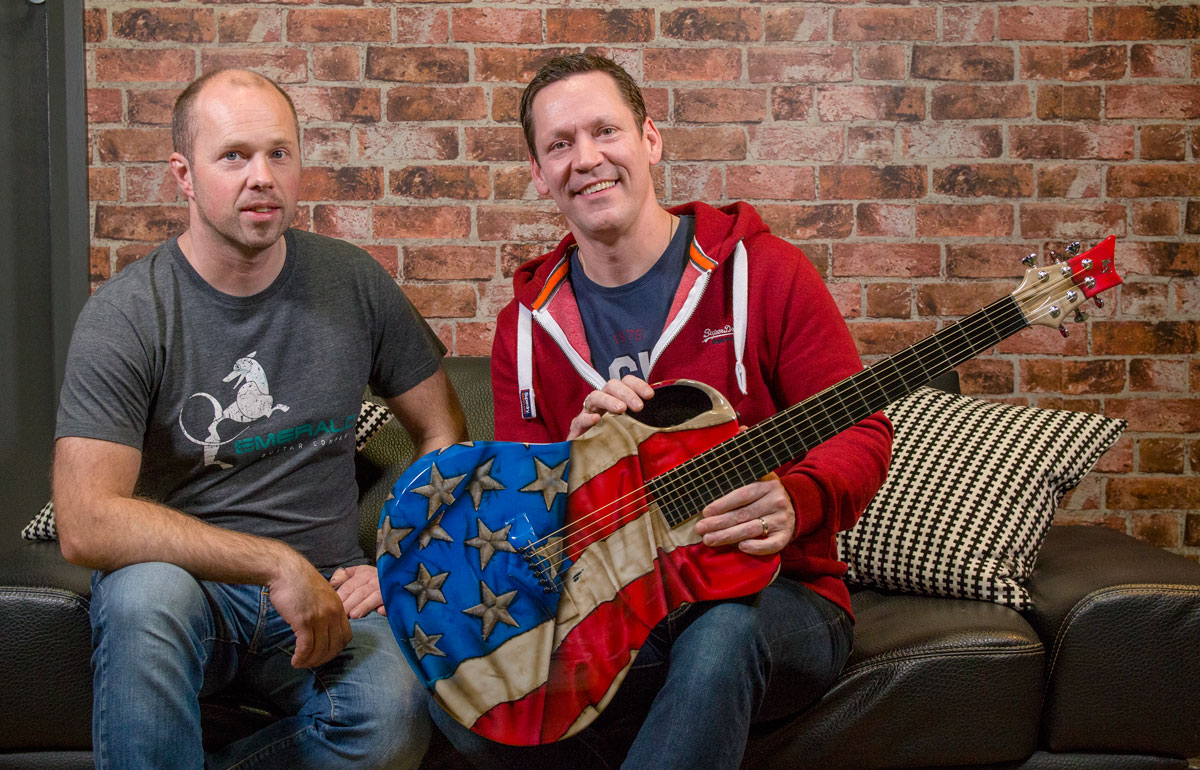 This week we unveiled a very special collaboration acoustic guitar which was built for the popular Ireland-based American Country singer Robert Mizzell.

You may not know this, but the Irish are huge Country music fans and one of the artists at the forefront of the Irish Country music scene is Robert Mizzell. Originally from Shreveport, Louisiana, Robert has called Ireland his home for the past two decades. He discovered Emerald Guitars through his brother-in-law Christopher who got an X20 Artisan for his 30th birthday.

When it came to deciding what he wanted for himself, the popular entertainer knew he wanted something special. Robert gave Alistair a very simple brief to work with – a fan of all things Americana, he envisioned a vintage-style looking American flag on his guitar.

Alistair loves working with other artisans and he had recently discovered the work of airbrush artist Phil Atkinson who is based in Carrick-on-Shannon, County Leitrim, here in Ireland (Check out his Instagram page @philatkinsonartist). The final result surpassed all our expectations, including Robert’s, of course. You can check out detailed photos on the Star-Spangled X20’s Emerald Custom Shop case study page.

“I didn’t want just an ordinary guitar, I wanted something that nobody else had. Then I came up with the idea of the American flag. Everyone who knows me in Ireland, knows that I’m American, so by walking out on stage with this guitar, I don’t have to tell people now, the guitar tells the story for me. I didn’t expect that…I don’t what I was expecting; That is absolutely fabulous,” Robert said after seeing his guitar for there very first time. It was a real pleasure for us to witness Robert unveiling the Star-Spangled X20 for the first time and we caught it on video for you.

All features, about from the beautiful custom art work, of Robert Mizzell’s Star-Spangled X20 are standard and if you would like to find out more about the X20 Artisan you can go to the product page.