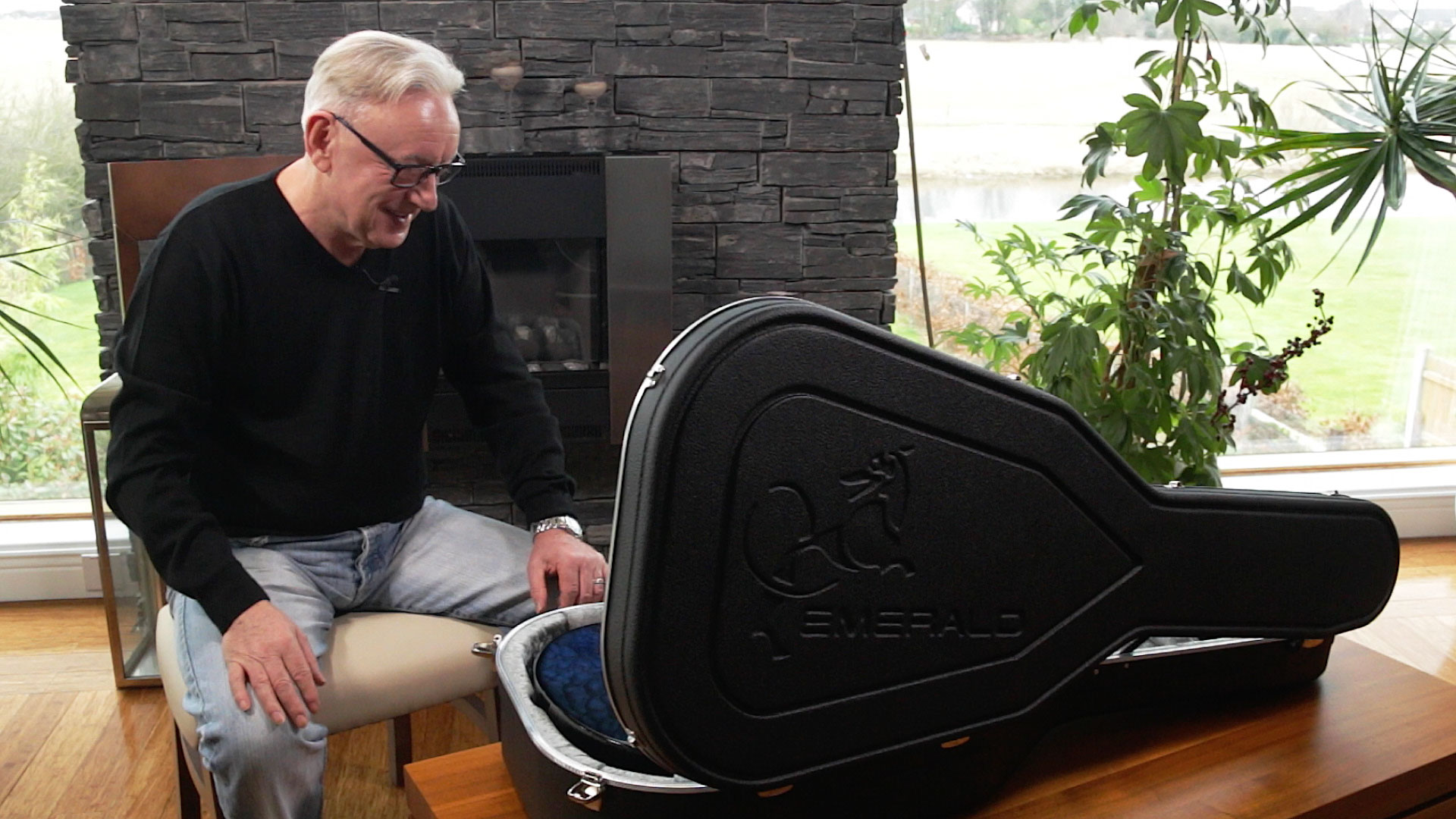 Last Friday we had the honour of being invited into the home of Don Baker in Ireland’s Ancient East as he unveiled his brand new custom X20 Woody.

We first met the Irish renowned actor and musician in 2016 when he was in the area to perform at the nearby Balor Arts Centre in Ballybofey where kindly gave us his First Impressions on the X20. Soon after trying out the X20 for the first time, Don contacted us to start discussions on building him a custom electro acoustic guitar suited to his needs.

Not only is he a highly-regarded actor, having graced the screen in movies such as In The Name Of The Father alongside Oscar-winning actor Daniel Day Lewis and On The Nose with Dan Aykroyd and Robbie Coltrane, Don is also an accomplished singer/songwriter and musicians, with numerous albums and books on harmonica-playing under his belt.

Playing a lot of fingerstyle and blues, Don decided to go for a custom blue X20 Woody featuring a quilted maple veneer and a sim profile, electric guitar-style neck and nut width, similar to his Strats. Photos and specs of Don Baker’s custom guitar are now featured in our Emerald Custom Shop Portfolio.

Don was very kind enough to allow us to film him unveiling his custom X20 Woody at his home in County Meath and not only that, once he got a little warmed up, he recorded several videos for us. Thank you so much for invited us into your home, Don. We hope you enjoy the video series ‘At home with Don Baker’.