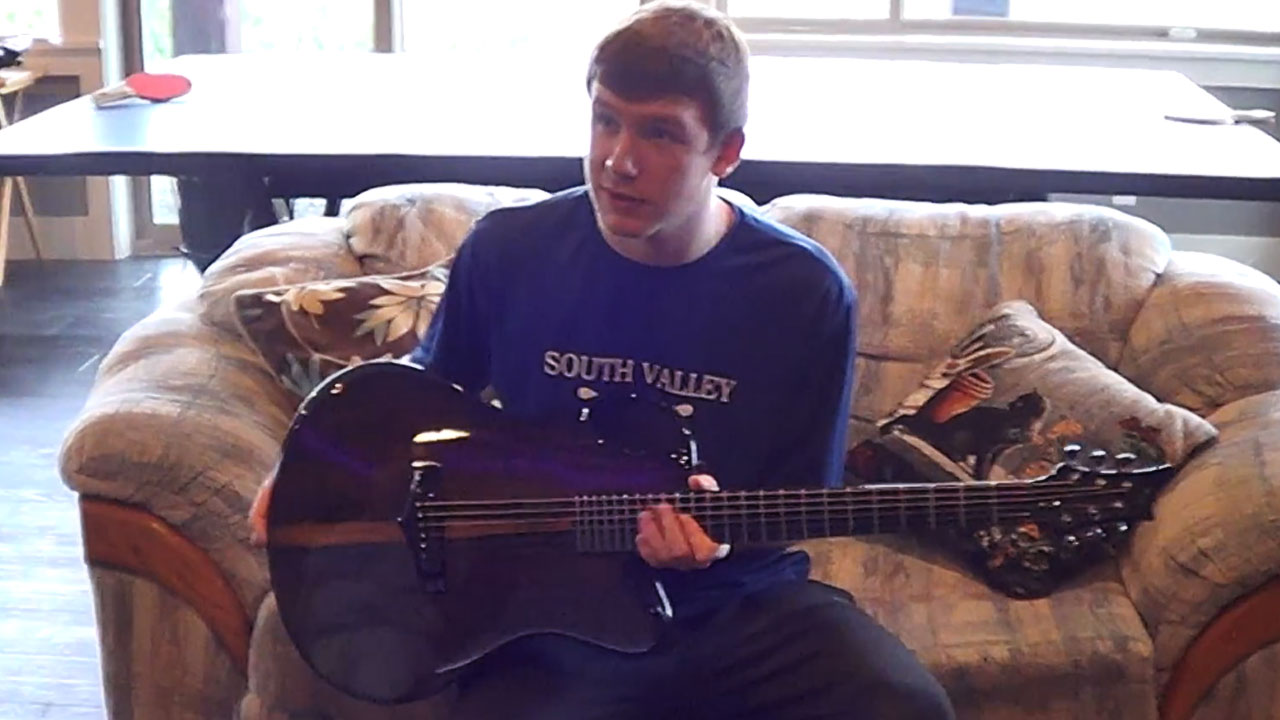 Last month, a young college student got the surprise of his life when his father presented him with a brand new acoustic guitar from Ireland.

We are told that Mike Morris (18) had been admiring our range of acoustic guitars for quite some time and this was something his father had taken note of.  Unbeknownst to his son, Mike’s father signed up to our newsletter and kept an eye on the next release of the monthly Emerald Custom Shop Select Series.

On the day of the February Select Series release, he jumped at the opportunity to purchase the X20 Select Series 2/17 A featuring a beautiful louro preto wood veneer for his son. Four out of five models that month sold within 24 hours of their release.

While Mike was home in Oregon on his recent midterm break, his father brought out the large parcel from Emerald Guitars and the family caught the unpacking and his reaction on camera.

An avid musician and singer/songwriter, Mike recorded a number of videos the same day.  Watch Mike playing his new X20 Select Series unplugged as well as plugged it into his amp. We thoroughly enjoyed the fourth video with Mike having a little fun with his X20 and his loop station.

He later added a fifth video where Mike performs one of his songs. Word has filtered back to Donegal that Mike hasn’t been able to put down his X20 since!

We are so grateful to the Morris family for having invited us into their home by camera to witness Mike’s wonderful reaction to his new acoustic guitar and, more importantly, to witness his talent. We have no doubt that Mike’s future in music is bright and we wish him continued success!

The Emerald Custom Shop Select Series is a monthly collection of instruments hand-selected by Alistair Hay. Sign up for our newsletter to receive notifications about our Select Series releases.