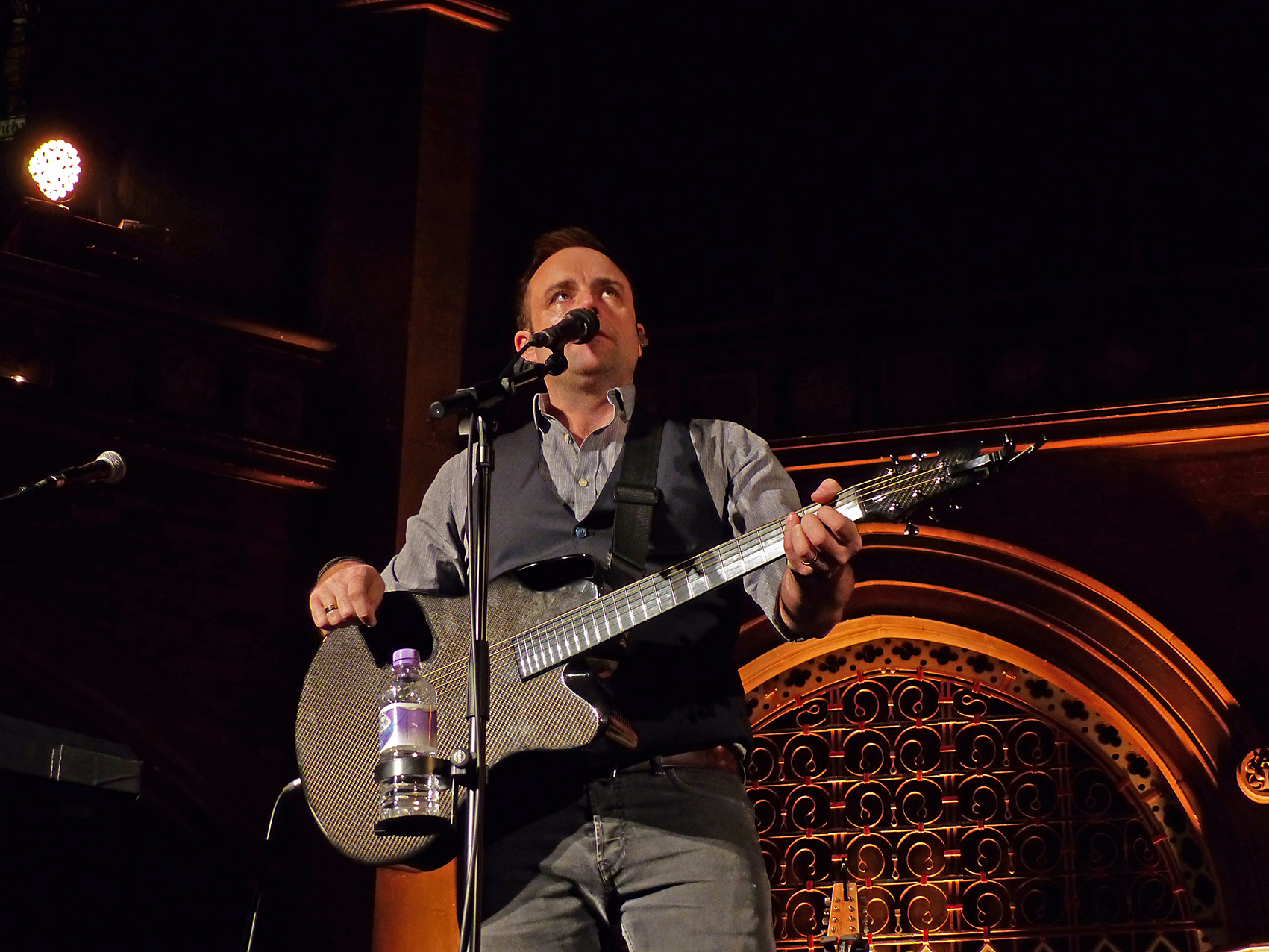 Emerald Guitars Ambassador Darren Holden is back on the road with The High Kings as they kick off yet another US tour today with a three-date stint at the North Texas Irish Festival in Dallas.

It has been such fun working with Darren. Since he first gave us his First Impressions the Kilkenny native has been playing his X20 Artisan all over Ireland and Europe over the past few months and now is looking forward to playing is in the US again. He is even testing out our short scale 12-string, the Amicus Artisan, when he is at home.

Darren was kind enough to send us a message while in transit to Dallas. “Hey everyone! I am sitting here in O’Hare Airport in Chicago waiting to board yet another flight to Dallas where The High Kings will kick off a 17-day tour.

“I am really looking forward to playing in the USA for all our fans again and rocking out on my X20 Artisan. I will be keeping in touch along the way so please stay tuned for updates on how the tour is progressing and also how our album Grace & Glory is doing since its release over here last month. All the best, Darren.”

On behalf of all the team here at Emerald HQ we would like to wish The High Kings – Martin, Finbarr, Brian and Darren – a fantastic US tour. They are fantastic ambassadors to our little nation!

For full information on tour dates go to The High Kings website. Darren also regularly posts updates from tours on his Twitter page, so make sure to follow him @DarrenHolden72.

Very nice to be back in Dallas TX with @TheHighKings . Great memories being here with @billyjoel in 2005 @FOXTV @FoxNews @therealpduffy pic.twitter.com/7QqWitm8nm

Darren Holden plays an X20 Artisan and he enjoys talking to people about it and giving his impressions, so don’t be afraid to go up and say hello after the show. The X20 was designed with the player in mind and not tradition. It features an ergonomic forearm bevel and a beveled cutaway to give even greater access to the fretboard.  Our unique asymmetrical back contours make the carbon fiber acoustic guitar sit more comfortably and securely on your knee.

Tonally the X20 has a big voice, We developed a new laminate structure to give it a richer fuller sound and with the unique soundhole placement it gives great projection to the player, while still giving your audience the fullness of your performance.

Hat-tip: Thank you to Carol Billett for the photo of Darren performing at Union Chapel, London (England) last year.