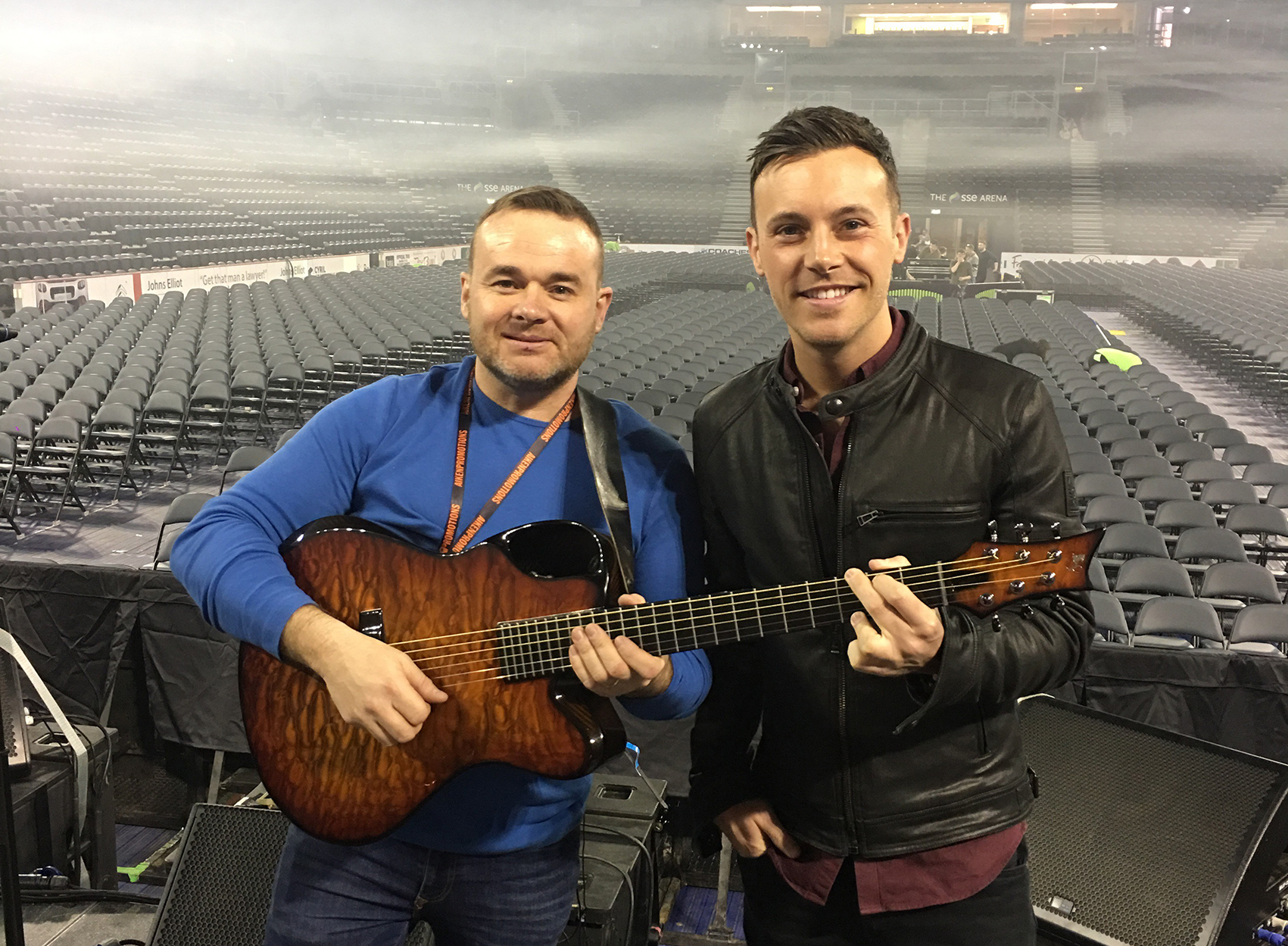 An Emerald Guitars X20 Woody carbon fibre acoustic guitar will feature in two of the biggest venues on the island of Ireland this weekend.

Matt Curran, originally from nearby Derry, plays with Nathan Carter, the biggest star of the Country music scene in Ireland and the United Kingdom. We caught up with the talented professional musician last weekend and presented him with an X20 Woody featuring a quilted maple veneer and vintage amber burst to test out for a week.

We were so thrilled to hear yesterday that Matt decided he would like to play the X20 in a live environment, performing with Nathan and his band in front of thousands of Country fans in the SSE Arena in Belfast tonight (Friday) and the 3Arena in Dublin tomorrow night.

We look forward to hearing Matt’s thoughts on the X20 after the two shows and behalf of Alistair and we would like to thank him for checking out Emerald Guitars.

Stage set for tonight’s SSE arena show with @iamNATHANCARTER once again big thanks to @SeanFeenyPR and @EmeraldGuitars check their website. pic.twitter.com/Uc8dPiMlau

The X20 is a guitar designed with the player in mind and not tradition. It features an ergonomic forearm bevel and a beveled cutaway to give even greater access to the fretboard.  Our unique asymmetrical back contours make the X20 sit more comfortably and securely on your knee. Tonally this guitar has a big voice, We developed a new laminate structure to give it a richer fuller sound and with the unique soundhole placement it gives great projection to the player, while still giving your audience the fullness of your performance.

Emerald Guitars are produced in our factory set on the side of a hill overlooking the River Foyle in rural Donegal, Ireland. It’s a magical and inspiring place to build guitars, away from the hustle and bustle of the cities.