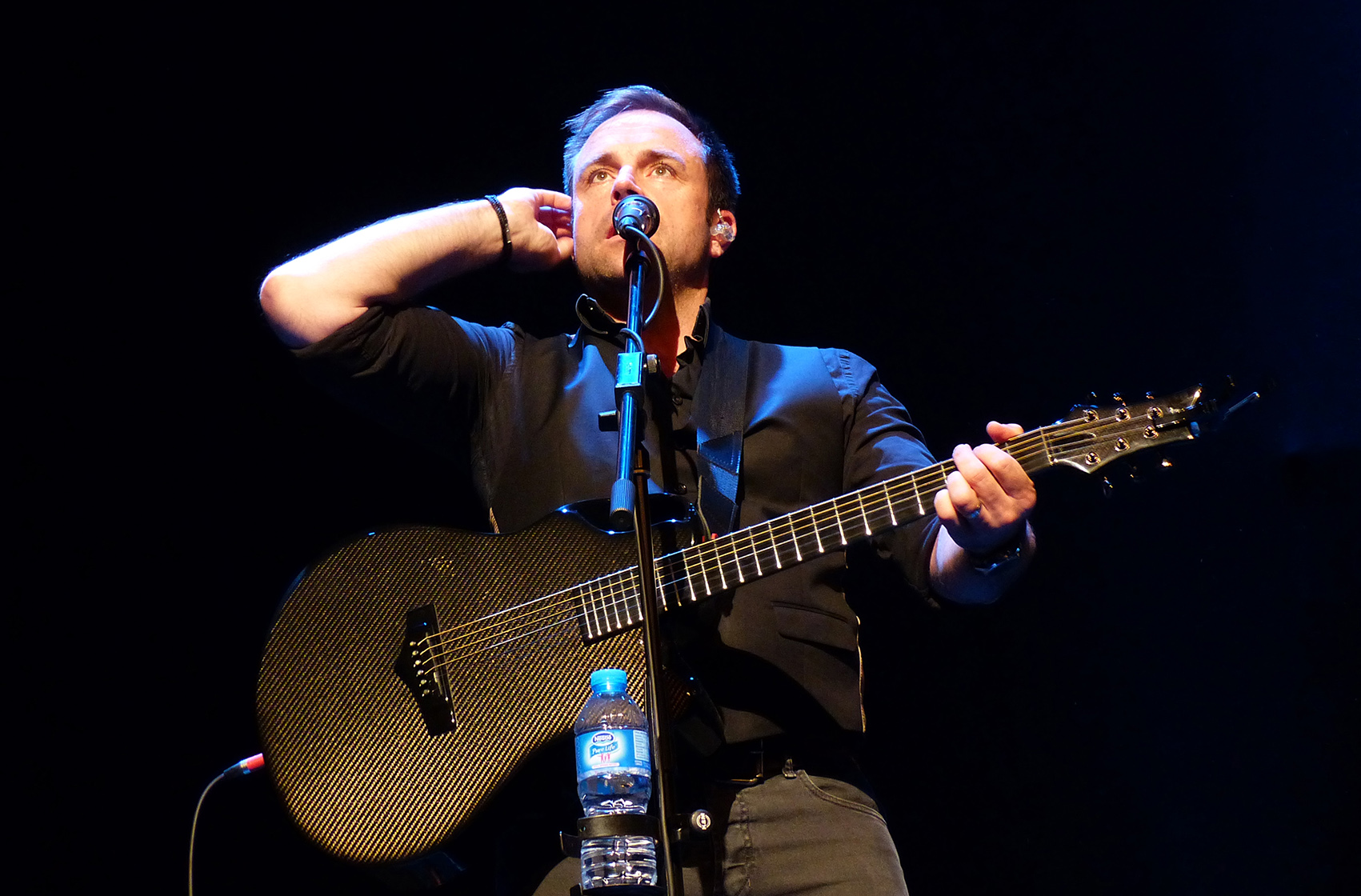 Did you see The High Kings on their recent UK tour and asked yourself what guitar Darren Holden was playing?

The Kilkenny native says everywhere the popular Irish folk group performs he is asked about his guitar, the Emerald Guitars X20 Artisan, an electro acoustic guitar made out of carbon fibre.

Darren has been a fantastic ambassador to us since he first picked up the X20 Artisan playing it all over Ireland, the UK, Europe and the United States.

The X20 has become a regular feature in the popular Irish band’s set as Darren now plays his Donegal-made guitar on a number of songs.

We are so grateful to Carol Billett, administrator of Darren’s fan website, who once again provided us with some fantastic photos from the most recent UK tour.

The High Kings have a number of Irish dates in July, before they return to the United States for August and September for a 29-date tour, including several shows at Iowa Irish Fest, Irish Fest LaCrosse, Kansas City Irish Festival and the big one, Milwaukee Irish Fest. Make sure to see if they are playing in a venue near you!

Darren told us that the band have been busy recording new material in the studio, while he has also still been trying out our short scale 12-string, the Amicus which he hopes to feature in the set down the line.

The X20 is a guitar designed with the player in mind and not tradition. It features an ergonomic forearm bevel and a beveled cutaway to give even greater access to the fretboard.

Our unique asymmetrical back contours make the X20 sit more comfortably and securely on your knee.

Tonally this guitar has a big voice, We developed a new laminate structure to give it a richer fuller sound and with the unique soundhole placement it gives great projection to the player, while still giving your audience the fullness of your performance.

If you would like to find out more about Darren’s guitar, go to the X20 Artisan page.