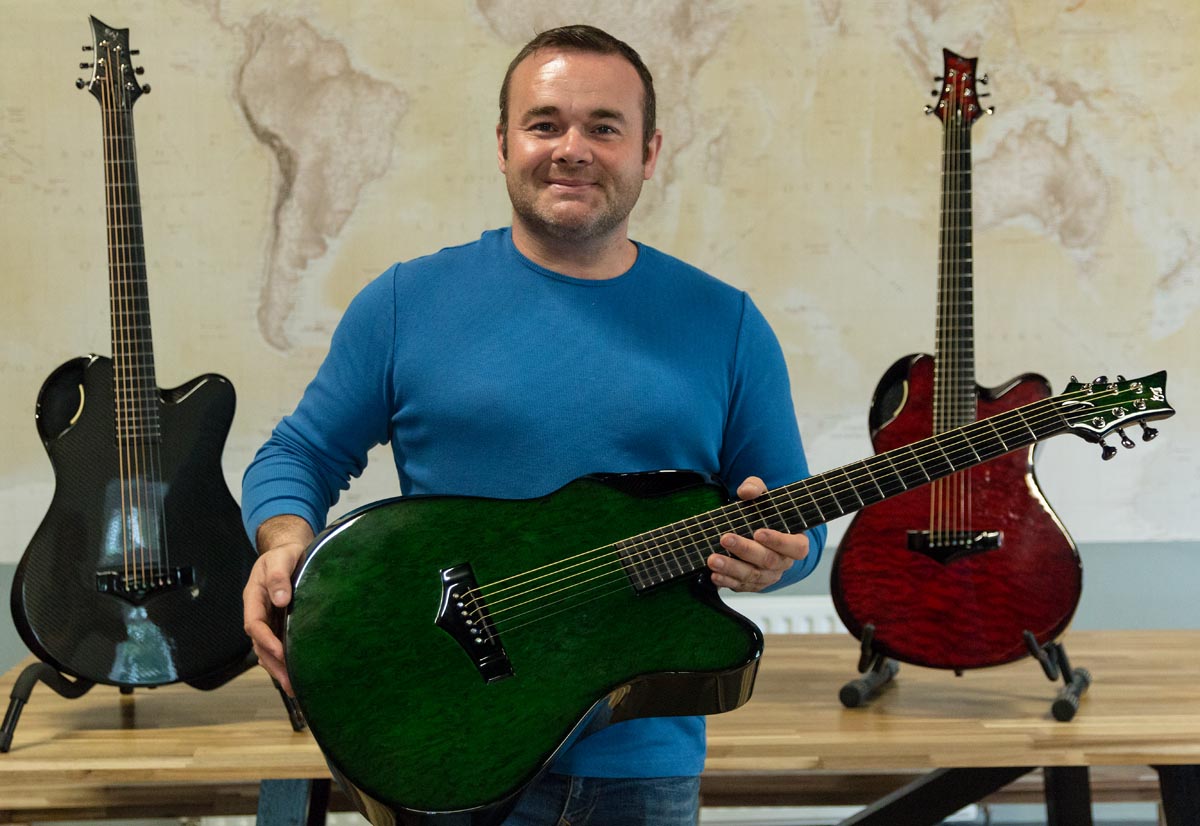 Professional musician Matt Curran collected no less than three Emerald Guitars to use with one of Ireland’s biggest Country stars, Nathan Carter.

Matt picked up three X20s for the recording of the second season of The Nathan Carter Show for Irish national television in Sligo next week.

Matt first played an X20 Woody at Nathan’s sold-out shows in Dublin’s 3Arena and the SSE Arena in Belfast earlier this year which were recorded for an upcoming DVD release.

The Derry musician was so impressed with the X20 that he asked if he could get a second one for fellow Nathan Carter guitarist John Pettifer on the next occasion.

“The X20 got such a big reaction from people when I played it. I think there is going to be an upsurge of people playing these guitars in Ireland and abroad; They sound great and stay in tune really well; And they look amazing.”

While Matt was collecting the guitars he revealed that he will be playing a solo on a baritone guitar for one of Nathan’s songs.

As we happened to have an X20 Baritone Opus in stock, we gave him that one, as well. We can’t ruin the surprise, but we’re very much look forward to seeing and hearing Matt play the X20 Baritone on this particular song.

“The tuning, stability and the sound of the X20 was fantastic when I first played the X20. I’m really looking forward to using the X20, and the baritone version, on Series 2 of Nathan’s TV show. Lots of people asked me about the X20 after the live shows, so no doubt they will again after the television broadcast.”

Tickets for the live shows at Sligo’s Knocknarea Arena, which will be broadcast on RTE One later this year and feature a host of very special guests, are available here.

We wish Nathan and his band all the very best for the recording and we look forward to hearing how Matt and John get on with the X20s. If you would like to find out more about our X20 Artisan click here.

Discover The New And Improved X7