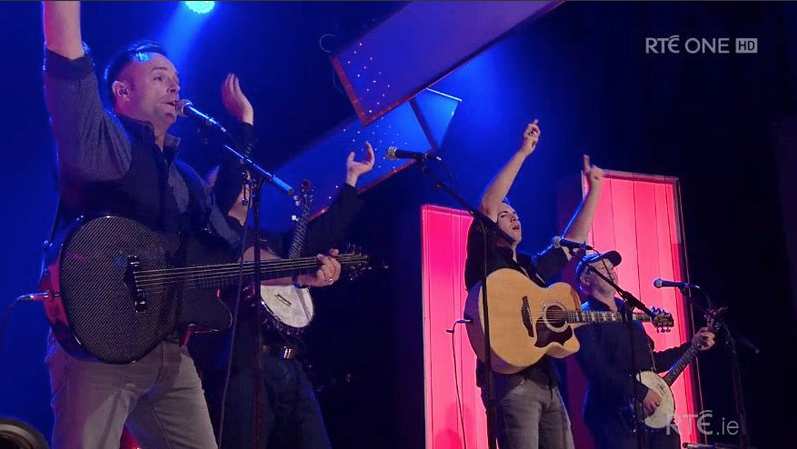 The High Kings were featured on one of the biggest summer season programmes on Irish television Saturday night and with them our X20 Artisan.

Black Velvet Band has bee a firm fixture in the band’s repertoire for some time now with Emerald Ambassador Darren Holden on lead vocals and playing is black X20 Artisan alongside his fellow High Kings who are all fantastic musicians.

The X20 is a guitar designed with the player in mind and not tradition. It features an ergonomic forearm bevel and a beveled cutaway to give even greater access to the fretboard.  Our unique asymmetrical back contours make the X20 sit more comfortably and securely on your knee. Tonally this guitar has a big voice, We developed a new laminate structure to give it a richer fuller sound and with the unique soundhole placement it gives great projection to the player, while still giving your audience the fullness of your performance. If you would like to know more about the guitar Darren Holden plays, go to the X20 Artisan page.