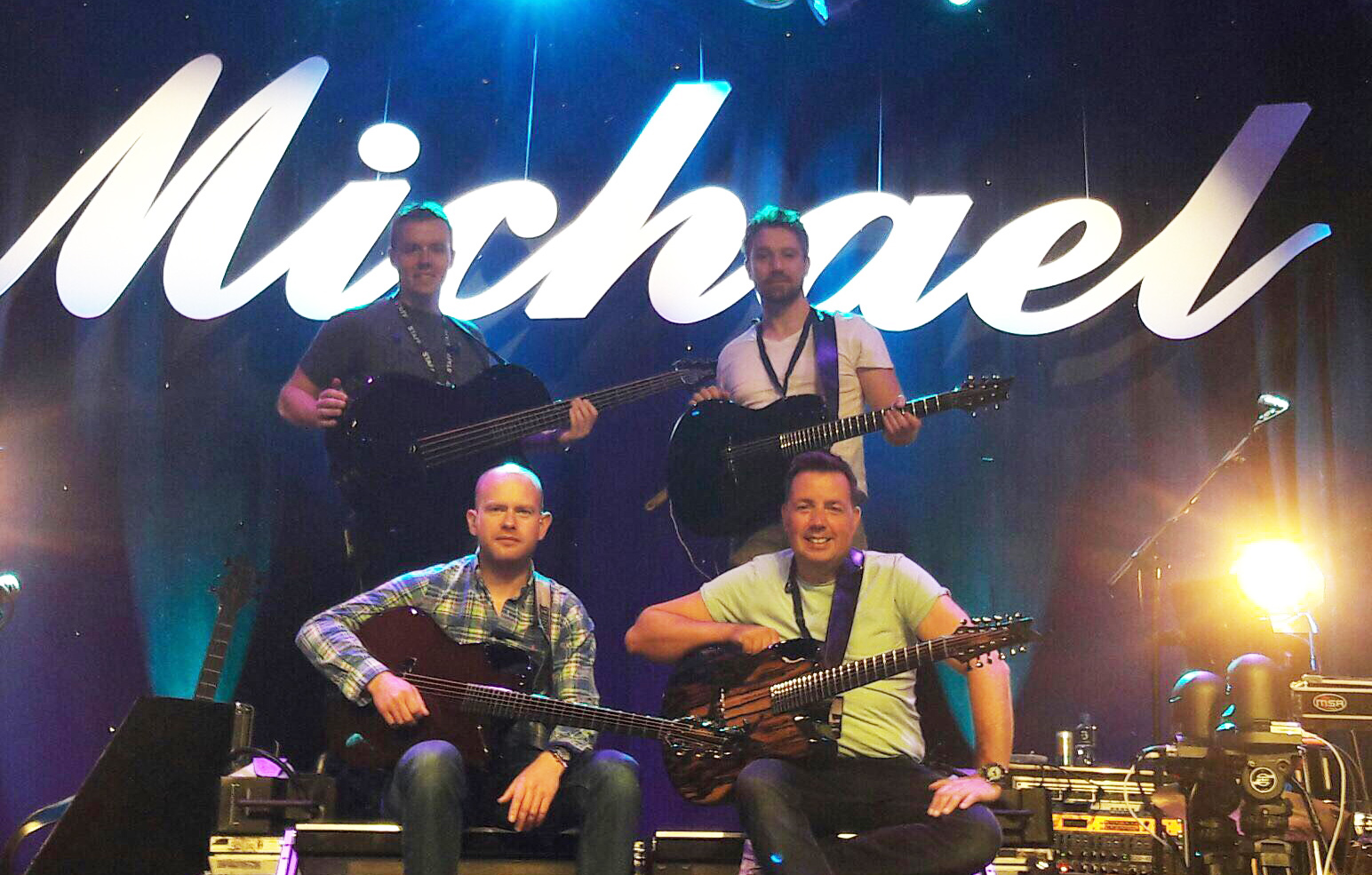 A group of professional musicians recently used Emerald Guitars for the recording of a new DVD release which will also be broadcast on US television.

Last month Michael English and his band recorded the singer’s first ever live DVD at Ireland’s National Events Centre (INEC) in Killarney, County Kerry. Wayne said: “It was a huge thrill to use Emerald Guitars for the recording. Myself and three other guitar players in the band used the guitars.

“Kieran Murphy is a great guitarist and used a green X20 Artisan electro acoustic in place of his own Martin, with no reservations at all. Matt McGranaghan is a renowned fiddler from Donegal, but also plays excellent rhythm guitar and he had a great time using a red X20 Custom Shop electro acoustic featuring the hand-carved slotted headstock.

“The first thing that was remarkable was the reaction to the instruments as they came out of their cases. Keyboard players, brass players and percussionists came up to look straight away and were gobsmacked at the appearance of these beautiful guitars. Even more amazing when they probably couldn’t tell you what colour guitar I normally play with them night after night,” he laughed.

Fell in love with a 12-string

“I used an X20 Nylon which sounded absolutely beautiful. But I also tried the X20-12 12-string electro acoustic…and fell in love. The 12-string brought arrangements to life and added so much to the songs I played it on. I also noticed many audience member pointing and reacting to the amazing finish as soon as I picked it up during the show. Basically, I don’t want to do another show without these guitars!

“I hope this is the beginning of a long relationship with Emerald Guitars and it’s a thrill to see them being made just up the road in County Donegal. Alistair, Sean and Alan are the nicest folks to talk to and deal with and myself and the band will sing their praises far and wide.”

We are honoured that many musicians in the thriving Irish Country Scene have taken note of Emerald Guitars in recent times.

Louisiana native Robert Mizzell is regularly turning heads with his Star-Spangled X20, while a number of X20s will be seen in an upcoming television series by one of Ireland and the UK’s biggest Country stars, Nathan Carter, thanks to professional musician Matt Curran from Derry, while James Blennerhassett is playing his Balor Bass all over the world with Daniel O’Donnell.

If you would like to find out more about some of the guitars Wayne and his fellow musicians tried out recently, why not check out our full Emerald Guitars Artisan Range.