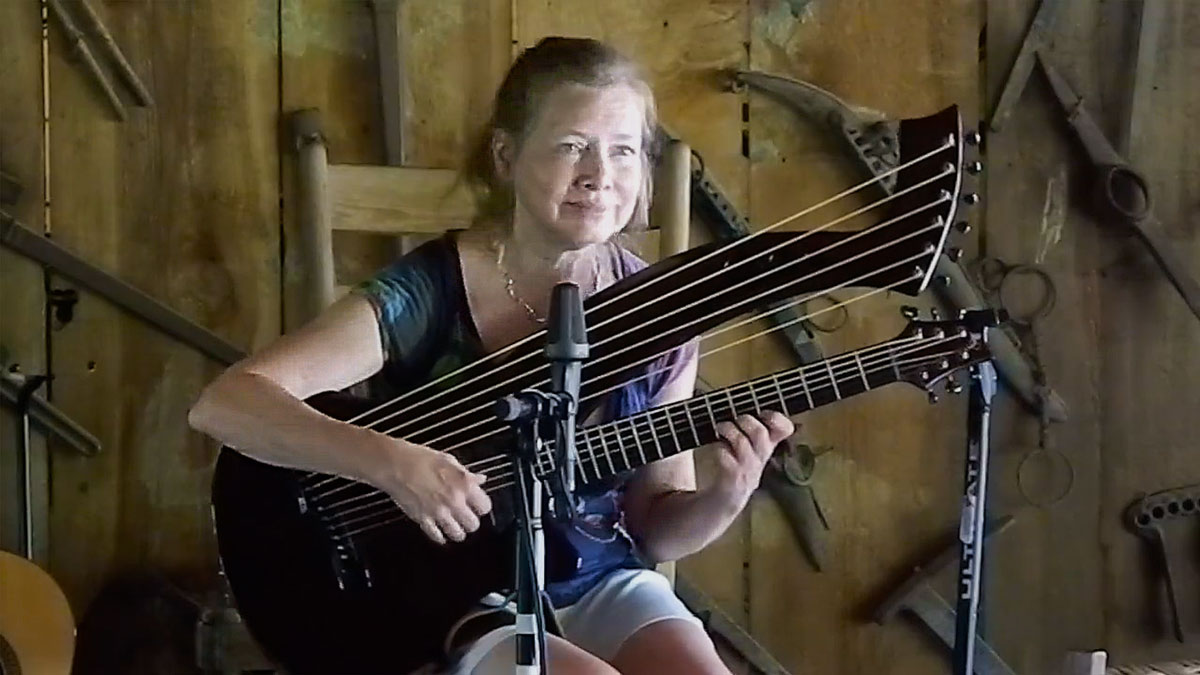 A name synonymous with harp guitars, it was such an honour for us to find out that Muriel Anderson had played one of our full-size harp guitars, the Synergy X7 Artisan, during a visit to the Ozark Folk Center Craft Village State Park, in scenic Mountain View, Arkansas.

A big shout-out to Lodges of Arkansas for tagging us in Muriel’s wonderful performance of an instrumental version of the Dire Straits hit, Why Worry, on their Facebook page. It was such a privilege for us to see her play the Synergy X7.

One of the world’s foremost fingerstyle guitarists and harp-guitarists, Muriel Anderson is the first woman to have won the National Fingerstyle Guitar Championship.  Her most recent album, Nightlight Daylight, has won top honours in 11 national awards.

She has performed/recorded with Chet Atkins, Les Paul, Victor Wooten and the Nashville Chamber Orchestra. Her obvious joy of music, humor and her facility across the genres of folk, classical, jazz, bluegrass and international music is revered by guitarists worldwide.

The Synergy X7 harp guitar is our modern adaptation of an ancient instrument which has risen in popularity again thanks to innovative musicians such as Andy McKee, the late Michael Hedges and Muriel Anderson, of course.

Our travel-sized harp guitar is not only exciting guitarists wanting to take their playing to the next level, its compact design and robust carbon construction also make it a great instrument for touring musicians to take on the road with them.  If you would like to find out more, go to the Synergy X7 Artisan page.