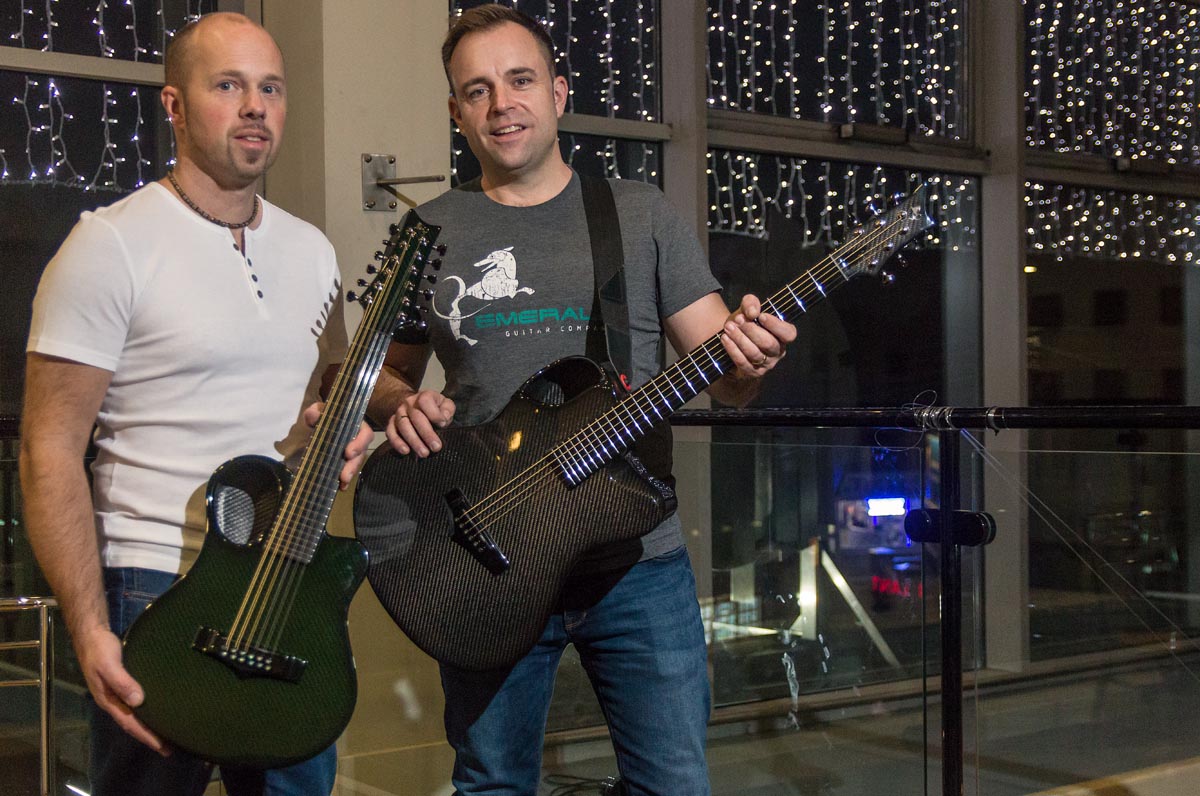 The popular Irish folk group continue their tour, beginning at the Indy Irish Fest in Indianapolis tonight (Friday) for a three-night stint at the annual festival, before moving on to New York State for a number of gigs. Full US and Canadian dates available here

The High Kings’ popularity in the United States and Canada continues to rise with every tour and Darren said his X20 Artisan is grabbing people’s attention, more than ever: “The X20 Artisan…..well, what can I say. Beautiful and always a big attention grabber with the crowds and fellow players. Never more so than on this tour. It obviously looks unique, but also sounds it.”

Following the departure of founding member Martin Furey, Darren, Brian and Finbarr keep the show on the road playing 17 dates in the US and Canada, before heading to the Benelux region for a number of dates.

Leading up to Christmas, the band will kick off their tenth anniversary tour in Ireland, following on from the release of their new album ‘Decade – The Best of The High Kings’ in November.

We are particularly excited about this tour as Darren will also get to play his X20 Artisan on home ground when the High Kings take to the stage of An Grianán Theatre, Letterkenny, in our home county of Donegal on Friday, December 15.

Darren said: “We are really looking forward to playing An Grianan again this December. The last concert there was absolutely fantastic. Always an incredible audience. This time it will obviously be different with only three original members, but the essence of THK will always remain and we feel that we now have a very strong show, and one that the fans will love!”

It was at the band’s last Christmas show in An Grianéan that Alistair gave Darren an Amicus Artisan short scale 12-string to try out. “The Amicus has been played a bit while writing some new material, and now, that we are in transition, may very well make an appearance on stage in the new show, which will be our biggest to date! I love it,” Darren said.

Darren Holden of The High Kings plays an X20 Artisan. If you would like to find out more about this Irish-made carbon fiber electro acoustic guitar, click here to go to the product page. For all the latest from the tour, follow Darren on Twitter: @DarrenHolden72 and Facebook: Darren Holden

Emerald Guitars on display and sale at Summer NAMM in Nashville