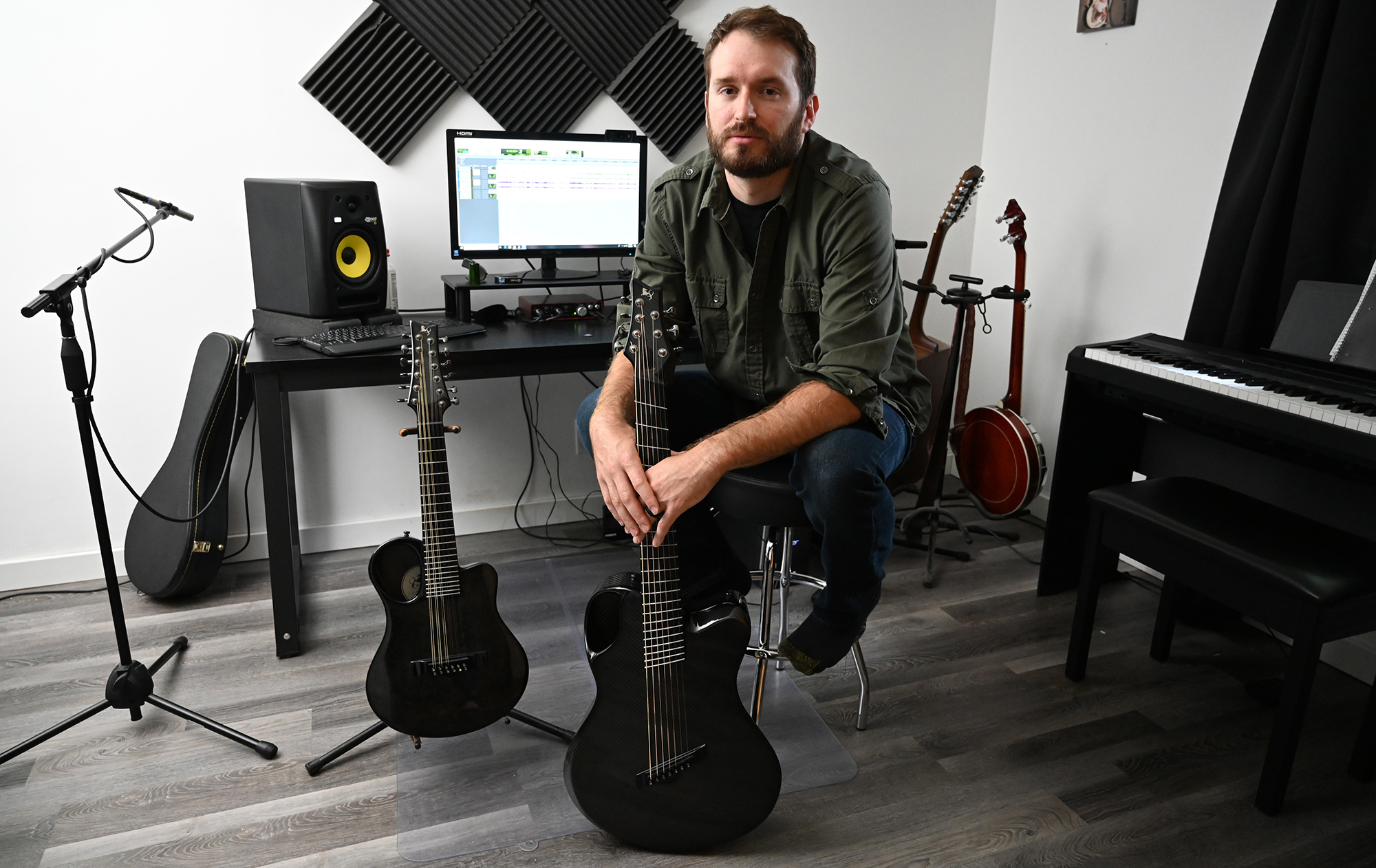 “The quality of the sound is evident in my recordings when compared to other instruments I’ve played.”
–Kord Semrow

Kord Semrow, guitarist and composer from Port Huron, Michigan, owns a black carbon fan fret X20 7-string as well as an Amicus featuring a smokey, suede-like dyed grey Birdseye Maple wood veneer. Kord has become a big supporter of Emerald Guitars and has composed several brilliant pieces in his home studio that really highlight the deep, full sound of the X20-7’s extended range and the high brilliance and rich compelling textures of the Amicus — a really powerful combination.

Get to know more about Kord by reading his story as well as watch him play the pieces he has composed with his Emerald X20-7 and Amicus.

I took up playing guitar 17 years ago. Acoustic guitar is what I enjoy playing the most, but I also play electric, banjo, mandolin or anything with strings and frets really. I write and record a lot of instrumental originals. I also like to cover songs, putting my own twist on them. A few years ago, I finally invested in some recording equipment and started posting some of my stuff on SoundCloud and YouTube. I often hear “this song should be in a movie…”. I would love to incorporate my music in the film industry someday.

I was looking for a nice 7-string acoustic guitar when I stumbled upon the X20-7 on Facebook. This guitar really piqued my interest. I was very interested, but I had never bought a guitar online, much less one I’d never played before. But after answering my questions on their live chat, I felt confident in making the purchase. Despite being an international order, it showed up surprisingly fast. The guitar is exactly what I was hoping for.

The carbon fiber means I no longer have to worry about the effects of humidity on my instrument. Not to mention the finish looks rad. The sound projects well and has sustain for days. The quality of the sound is evidenced in my recordings when compared to other instruments I’ve played. So far, I’ve ordered the X20-7 and the Amicus.

The Amicus is great because it can hit the highs you would get in a mandolin, and yet includes a much lower range than a mandolin, making it a more versatile instrument to play. Combined with the lows of the 7 string, the two of these make a great pair. I plan to have these guitars for a long time and will stay a customer of Emerald’s so long as they keep sending me a sick handmade coffee mug with each order :p

To learn more about Emerald’s X20 7-string and Amicus models, visit Our Guitars page on our website, or reach out to our team at sales@emeraldguitars.com.